On Thanksgiving Day 1929, the tragic death of two Jenks students brought representatives of all classes together for a solemn occasion, the dedication of the athletic field to Francis Hunter and Charles Dwelley.  They placed a large marker bearing the inscription “Hunter-Dwelley Field” over the entrance.

Francis Hunter had played football for three years.  The summer before his senior year, 1922 he contracted typhoid fever while working in an oilfield near Tonkawa.  A promising future as a coach at perhaps Collinsville or Lawton was abruptly ended.

Charles Dwelley played football from 1919-1921.  A heavyweight at 210 pounds, he was remembered for his athletic ability, happy disposition and quick wit.  One year after the Hunter death, at the same oilfield, Charles Dwelley was killed in a gasoline explosion. 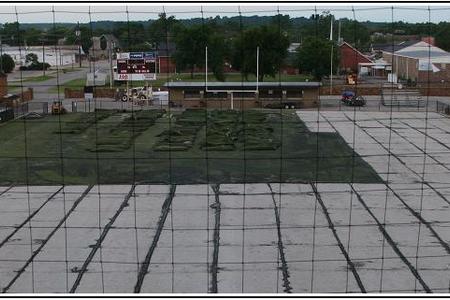 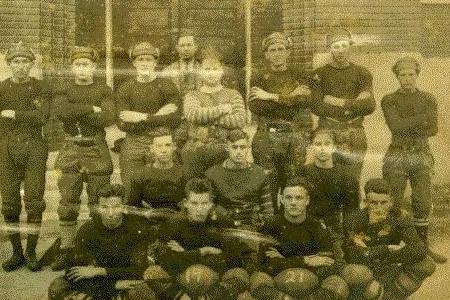 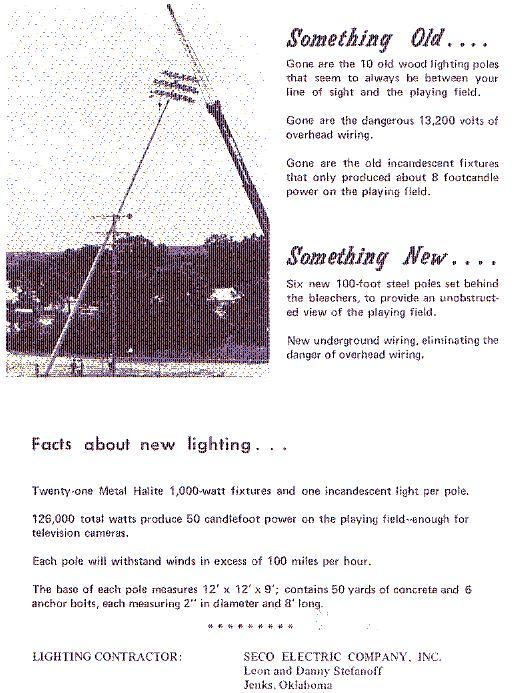