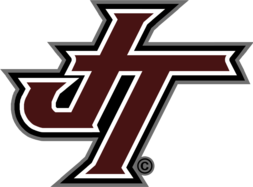 David Alexander joined the Trojans coaching staff this spring and knew Bennett through off-season workouts.  He said the 6-foot-1, 245-pound Bennett had been projected to start at center this fall and that the offensive lineman was the type of young man every coach seeks to build a program.  "Garrett grew up in the Jenks system," Alexander said. "He was your typical Jenks football player. His whole life was Jenks football.  "He was a quiet young man. He never missed a workout. I think he enjoyed being with his teammates as much as he did the Friday night experience."  Alexander also praised Bennett as a team player.  "Every program needs this type of young man -- the kind you trust, the kind you didn't have to worry about," he said. "Garrett wasn't looking to be a star. He just wanted to be part of a championship program and do whatever he could to make the Jenks football team better."

​On behalf of the Union Football Booster Club, our thoughts and prayers go out to the Bennett family.   The Bennett family and the Trojans have suffered a great loss and we will remember Garrett this week and in this upcoming football season.   Our blessings are with Garrett!   May we all take this time to thank God for the precious gift of life today and each and every day. Allan J. Wondra2006 UFBC President

We little knew that morning that

God Was going to call your name.

In life we loved you dearly,

In death we do the same.

It broke our hearts to lose you,

You did not go alone;

For part of us went with you,

The day God called you home.

You left us peaceful memories,

Your love is still our guide;

And though we can not see you,

You are always at our side.

Our family chain is broken,

And nothing seems the same;

But as God calls us one by one,

THE CHAIN will link again.

By Jenni Carlson: The Oklahoman

JENKS - Allan Trimble received few sympathy cards and condolence letters in his 42 years. Then again, he never lost an immediate family member or a close friend. Until July 12.  That afternoon on an sun-baked stretch of the Creek Turnpike, a Toyota SUV swerved, crossed the median and the other lanes of traffic, then rolled. It was engaged in a high-speed game of paintball. Jenks High School football player Garrett Bennett lost his life.  Trimble lost one of his kids.  Read more:

Jenks' football team dedicates 2006 to teammate Garrett Bennett Football might be on their minds, but Garrett Bennett remains in the hearts of the Jenks football team.  Exactly a month to the day of a car accident that took the life of the senior offensive lineman, Trojan players opened fall practice.  Their goal -- to honor their friend and teammate.  Read more:

“He was one of our own family members,” Trimble said. “There are no words to describe this. We want to make sure we do everything we can to support the family and make something great come out of this tragedy.  Bennett came up through the Jenks school system. He started a few games at center as a junior last year and, after a great spring season, was going to be the starting center in his senior season.  “He was a normal Jenks guy,” Trimble said. “Average kid ability-wise. He was not a big kid, a fast kid. But he loved to play and he was a kid who wanted to do his part to make Jenks football better. He became a leader.  An undersized offensive lineman at 5-11, 235 pounds, Bennett used his work ethic to eventually become a starter. And it rubbed off on teammates.  “He was quiet, reserved, composed and very intelligent,” Trimble said. “He was quick to listen and slow to speak. He was very smart, he knew all the positions. He was a student of the game and was really respectful.  “He’s exactly how you want your own boy to be."

“He was somewhat stoic‚” former teammate Chase Beeler said. “But he was the perfect guy you wanted on your team. He never complained. He just worked really hard. He was a team player. He did whatever it took to help the team.”

Jenks Alumni, Missouri Southern Receiver,
Issaac Norman Isaac Norman, who graduated from Jenks High School this year and was a teammate of Bennett's, said they were good friends.  "He was just a great guy," Norman said. "He was always laughing and smiling, and he was very athletically talented."